Why I Changed My Mind About Baptism

Recently, two articles were posted on the Gospel Coalition blog with the title “Why I Changed My Mind About Baptism.” The first one, written by Gavin Ortlund, recounts his doctrinal shift from pedobaptism to credobaptism, and the second one, written by Sean Michael Lucas, chronicles the reverse journey.

The Pedobaptist Position (Infant Baptism)
As a former Presbyterian pedobaptist, I thought Sean Lucas’s post was representative and articulate. He argues that NT baptism is a continuation of OT circumcision (Col. 2:11-12), and emphasizes the significance of households in God’s redemptive plan, extrapolating that just as God’s covenant with Abraham was signed and sealed through household circumcision (e.g. Gen. 17), God’s covenant with believers should be signed and sealed through household baptism (e.g. Acts 16). This is why, Lucas reasons, the promise of the Holy Spirit is given not to individuals but to “you and your children” (Acts 2:38-39), and children of a believing parent is considered “holy” rather than “unclean” (1 Cor. 7:14).

The Credobaptist Position (Believer’s Baptism)
As for the credobaptist position, Gavin Ortlund makes the interesting argument that since “intergenerational descendants of Abraham” are in view in Genesis 17:9: “As for you, you must keep my covenant, you and your descendants after you for the generations to come,” pedobaptists should baptize not only the infant children of believers, but also the infant grandchildren of believers. Of course, pedobaptists do not baptize grandchildren of believers, so this is a subtle, yet pointed, way to show that the criterion for circumcision was not one’s belonging to believing parents, but one’s inclusion in the nation of Israel.

What Is Baptism?
In order to settle this debate, we need to first understand the meaning of baptism. In the Old Testament, a covenant was not “made,” but “cut,” because the “cutting” of circumcision symbolized the curse that would befall the person who breaks the covenant he has made with God. It meant that he and his progeny would be cut off from God’s people. Likewise, baptism represents the curse of the breached covenant, namely death.

However, since Christ died and bore the curse for our sake, we do not have to. Baptism, then, signifies our union with Christ in his death. We “who have been baptized into Christ Jesus were baptized into his death … buried therefore with him by baptism into death, in order that, just as Christ was raised from the dead by the glory of the Father, we too might walk in newness of life” (Rom. 6:3-4).

According to this passage, baptism, not responding to an altar call and praying the sinner’s prayer, is the initial “sign” of our conversion from death to life (Acts 2:38; 8:16; 10:48; 19:5; Gal. 3:27). Baptism “saves” us–not as the actual “cleansing” from sin, but “as an appeal to God for a good conscience, through the resurrection of Jesus Christ” (1 Pt. 3:21). Ultimately, it is Christ’s atoning sacrifice, not baptism, that saves us. If baptism in and of itself saved us, there would be no need to proclaim the gospel. Instead, Paul writes, “Christ did not send me to baptize but to preach the gospel” (1 Cor. 1:17).

Nevertheless, in a real way, we are united with Christ, and, by extension, to the Body of Christ (i.e. the Church) through our baptism (1 Cor. 12:12-13). Just as saying the wedding vows before witnesses “seals” the marriage, baptism before witnesses “seals” one’s union with Christ through faith. It is an outward profession of an inward faith. In this sense, baptism is not unlike ceremonial circumcision, which, in the Old Testament, was the “sign” and “seal” of one’s inclusion in God’s covenant community (Rom. 4:9-12).

Moreover, the promise of the Holy Spirit in Acts 2:38-39 to “you and your children” is grounded in the commandment: “Repent and be baptized every one of you in the name of Jesus Christ for the forgiveness of your sins” (Acts 2:38). In other words, the children will receive the Holy Spirit only if they also repent and are baptized. In fact, the promise is not only for the children of believers, but also for “everyone whom the Lord our God calls to himself” (Acts 2:39).

Apostle Paul is not assuming here that the child of a Christian parent would be baptized (just as he is not assuming that the unbelieving spouse would be baptized), because to do so would detract from his argument by implying that the child was not “holy” until the baptism (Alfred Plummer, 1 Corinthians, ICC). The child of a Christian parent is “holy,” not in a regenerated sense, but in the sense that he is “set apart” for upbringing in the context of Christian community.

Finally, the mode of baptism attested throughout the New Testament is always immersion (as opposed to infusion i.e. sprinkling or pouring water over the head), which precludes infant baptism. The Didache, which is a teaching of the twelve Apostles dated to the late 1st or early 2nd century, prescribes baptism in running water, and, as a last resort when the other means are unavailable, makes provision for pouring water on the head (Didache, 7:1-7). Infant baptism is not documented until the early 3rd century, when Tertullian first mentions it in order to oppose it (Everett Ferguson, Baptism in the Early Church, p. 362).

We Should Safeguard Each Other’s Conscience
I personally find the above arguments for credobaptism compelling. However, I recognize that there will be people on both sides of the debate until Jesus returns. Given this reality, we need to safeguard each other’s conscience. God will judge the secrets of our hearts and examine our consciences (Rom. 2:15-17). It is no good pretending that you’re okay with infant baptism when you’re not, and vice versa. “Whatever does not proceed from faith is sin” (Rom. 14:23).

Both pedobaptists and credobaptists agree that baptism is an important part of the Christian life, since Jesus commanded us to baptize (Mt. 28:18-20). Bible-believing Christians on both sides of the debate agree that their baptismal practice must be governed by the witness of Scripture. There is much more that unites us than divides us.

Why I Changed My Mind About Baptism2013-03-212018-09-05https://trinitycambridge.com/wp-content/uploads/2016/09/trinitylogo-01.pngTrinity Cambridge Churchhttps://trinitycambridge.com/wp-content/uploads/2017/01/baptism2.jpg200px200px
About
Shawn Woo
Shawn lives on Thorndike Street in East Cambridge with his wife, Hanna, his four-year-old daughter Inae, and a one-year-old daughter Inji. He earned his B.A. in Classics and History from Williams College in Williamstown, MA, and his Master of Divinity from Gordon-Conwell Theological Seminary in South Hamilton, MA. Shawn served on the Pastoral Staff of King of Grace Church in Haverhill, MA from 2011-2015, and was sent out to start Trinity Cambridge Church. He is a board game enthusiast and an ardent Patriots fan. 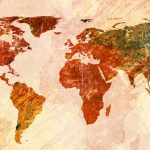 10 Thoughts on Evangelism from Luke 10Church

The Offensiveness of Not ProselytizingChurch