The Failed Promises of God

Many Christians live with a lingering sense that God has failed them. In particular, they look to God’s promises in the book of Proverbs and wonder why God did not fulfill His end of the bargain.

“Train up a child in the way he should go; even when he is old he will not depart from it” (Proverbs 22:6). Many pastors’ kids defy this maxim.

“The fear of the Lord prolongs life, but the years of the wicked will be short” (Proverbs 10:27). Yet it is an observed fact that the wicked live prosperous and prolonged lives.

Some prematurely conclude that these promises are false and that Scripture is unreliable. Others facilely defend the promises by arguing that one or more of the prerequisites were not met. “That pastor must not have trained up his children well.” “That short-lived Christian woman must not have truly feared the Lord.” But for a case in point, Jesus Christ lived a life of perfect obedience, yet he suffered terribly and was short-lived (Isa. 52:13-53:12; Matt. 27:43, 46).

A better answer lies in the nature and purpose of Proverbs. Proverbs are epigrammatic in nature. They are, by definition, pithy and witty, and as such, cannot be encumbered with qualifications. For this reason, proverbs are partial and contingent. We can see this even in the common, non-Biblical proverbs: “He who hesitates is lost,” and “look before you leap” are both true in certain contexts, though they advise opposite things.

Likewise, though “honor[ing] the Lord with your wealth … [ensures that] your barns will be filled with plenty” (Prov. 3:10), it is also true that “little with righteousness is better than great revenues with injustice” (Prov. 16:8). The book of Proverbs combines the idealism of a moral teacher with the realism of a sage, and the book must be understood holistically and contextually.

Finally, the purpose of Proverbs is to instill the fear of God (Prov. 1:7). While the book exhorts us to “get wisdom, and whatever you get, get insight” (Prov. 4:7), it also reminds us that “no wisdom, no understanding, no counsel can avail against the LORD” (Prov. 21:30). There is no foolproof set of wisdom principles that explains the mystery of God’s will exhaustively. The sovereign will of God cannot be tamed or controlled. The certainty of guaranteed results fosters pride and independence, but uncertainty engenders faith and dependence.

Thus, Proverbs is not a manual on how to manipulate God to give you a good life, but an exhortation to fear God and submit to Him by living before the presence of God, under the authority of God, and for the glory of God. It is written not for those who seek to use God, but for those who seek to know Him and His ways. This is why the book almost exclusively uses the covenant name of God, YHWH (translated “the LORD”).

In other words, the book of Proverbs does not offer the black and white “Thou shalt not” of the Law or the “Thus saith the LORD” of the Prophets, but beckons the believer humbly to trust and obey, even in the midst of the uncertainty. For ultimately, “the fear of the Lord is the beginning of wisdom, and the knowledge of the Holy One is insight” (Prov. 9:10).

The Failed Promises of God2014-09-152018-09-29https://trinitycambridge.com/wp-content/uploads/2016/09/trinitylogo-01.pngTrinity Cambridge Churchhttps://trinitycambridge.com/wp-content/uploads/2017/01/broken-promise.jpg200px200px
About
Shawn Woo
Shawn lives on Thorndike Street in East Cambridge with his wife, Hanna, his four-year-old daughter Inae, and a one-year-old daughter Inji. He earned his B.A. in Classics and History from Williams College in Williamstown, MA, and his Master of Divinity from Gordon-Conwell Theological Seminary in South Hamilton, MA. Shawn served on the Pastoral Staff of King of Grace Church in Haverhill, MA from 2011-2015, and was sent out to start Trinity Cambridge Church. He is a board game enthusiast and an ardent Patriots fan. 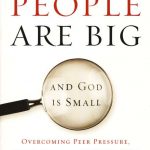 When People Are Big and God Is SmallGod

Do Christians and Muslims Worship the Same God?Culture, God