Protecting the Personhood of the Preborn

Today (January 22nd) is National Sanctity of Human Life Day, though it has been celebrated on the nearest Sunday since its designation in 1984. Here’s my take on the controversial topic of abortion:

The Bible’s Definition of Personhood

“If people are fighting and hit a pregnant woman and she gives birth prematurely but there is no serious injury, the offender must be fined whatever the woman’s husband demands and the court allows. But if there is serious injury, you are to take life for life, eye for eye, tooth for tooth, hand for hand, foot for foot, burn for burn, wound for wound, bruise for bruise” (Exodus 21:22-25).

For a “serious injury” to either the pregnant mother or the preborn child, the Scripture prescribes a punishment commensurate with the injury. This means that the preborn child is a distinct person created in the image of God for whom Genesis 9:6 applies, “Whoever sheds human blood, by humans shall their blood be shed; for in the image of God has God made mankind.” Therefore, abortion is an assault on God’s creative work (Psalm 139:13).

A Scientific Expert’s Definition of Personhood
Dr. Dianne Irving, a professor of biochemistry and biology at Georgetown University, writes:

“To begin with, scientifically something very radical occurs between the processes of gametogenesis and fertilization—the change from a simple part of one human being (i.e., a sperm) and a simple part of another human being (i.e., an oocyte—usually referred to as an “ovum” or “egg”), which simply possess “human life,” to a new, genetically unique, newly existing, individual, whole living human being (a single-cell embryonic human zygote)” (Dianne Irving, “When Do Human Beings Begin? ‘Scientific’ Myths and Scientific Facts,” http://catholiceducation.org/articles/abortion/ab0027.html).

There’s a world of difference between sex gametes with 23 chromosomes and a living human zygote with 46 chromosomes. A zygote is a distinct person (with unique genetic coding) that cannot be compared to lesser living organisms such as insects or plants.

Moreover, after just eight weeks of gestation, the baby has a brain, heart, lungs, intestines, bones, arms, legs, eyes, ears, hands, feet, and fingers (National Institutes of Health, “Fetal Development”). It is troubling that more than a third of abortions take place after eight weeks of gestation according to the Centers for Disease Control.

We know this because 38 states in the U.S. (including Massachusetts) have fetal homicide laws that prohibit taking the life of the preborn when the mother wants the baby. If the mother does not want the baby, however, the preborn have no legal protection (John Piper, We Know They Are Killing Children–All of Us Know). This is clearly duplicitous. A mother’s wish cannot justify homicide.

Right to Life vs. Right to Reproductive Freedom
I believe that the preborn’s right to life is more fundamental than the mother’s right to reproductive freedom. Except in rare cases where the life of the mother is at risk due to the pregnancy, this is not a choice between the life of the baby and the life of the mother. (Only 2.8% of abortions are performed due to the risk posed to maternal “health,” which itself is defined more broadly than “life.”) The mother can give her baby up for adoption and carry on with her life. It doesn’t have to “ruin” her life.

Certain restrictions on individual freedom are appropriate and necessary. For this reason, we do not have the “freedom” to libel or drive while intoxicated, let alone, kill someone. So the response, “I’m personally against abortion, but I don’t support legislating morality” simply shirks responsibility. Abortion infringes upon the preborn’s right to life.

“Abortion Is Only A Symptom, We Need to Tackle Its Causes.”
Yes, we should target the problems of teen pregnancy, support low-income women, and initiate adoption reform, but we need to distinguish the context of an act from its cause. Societal ills certainly contribute, but society is not responsible for a mother’s decision to have an abortion.

Such an environmental determinism is untenable, moral nonsense. Reductionistic and behaviorist rationales do not nullify the fact that “the Bible locates the core motivational dynamic in covenantal space, not in psychological, physiological or psychosocial space” (David Powlison, “Questions at the Crossroads,” in Care for the Soul, ed. Mark R. McMinn and Timothy R. Phillips, p. 47).

Poverty and unemployment may be the context of a person’s theft, but his sinful heart is the cause. Imagine if we did not have laws against theft, a 0% unemployment rate will not be enough to rein in our greed! Not all thieves are like Jean Valjean, many are like Gordon Gekko.

Ultimately, abortion is, more than anything, a failure of love. Will we love these most vulnerable members of our population, or will we sacrifice them at the altar of self-love? The first Christians were primarily responsible for abolishing abortion, infanticide, and child abandonment in the Roman Empire (Alvin Schmidt, How Christianity Changed the World, p. 51-59). Christians today should be at the forefront of the battle against abortion.

Protecting the Personhood of the Preborn2013-06-222018-09-05https://trinitycambridge.com/wp-content/uploads/2016/09/trinitylogo-01.pngTrinity Cambridge Churchhttps://trinitycambridge.com/wp-content/uploads/2017/01/ultrasound.jpg200px200px
About
Shawn Woo
Shawn lives in East Cambridge with his wife, Hanna, and his three daughters. He earned his B.A. in Classics and History from Williams College in Williamstown, MA, and his Master of Divinity from Gordon-Conwell Theological Seminary in South Hamilton, MA. Shawn served on the Pastoral Staff of King of Grace Church in Haverhill, MA from 2011-2015, and was sent out to start Trinity Cambridge Church. He is a board game enthusiast and a Boston sports fan.

Not the Way It’s Supposed To BeCulture 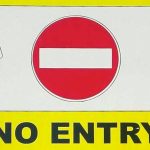 The Prude and Prurience: An Essay About Christian ModestyCulture