Inspired by the Holy Week celebrations last week, I am beginning a four-part series on the Lord’s Supper, because the more I learn about it, the more I realize how deficient my understanding of it was. Perhaps others are in the same boat. The series will include four posts over four weeks:

Not a Foregone Conclusion
The Lord’s Supper has historically been understood as a Passover meal, due to its depiction as such in the Synoptic Gospels. Matthew writes that “on the first day of Unleavened Bread,” the disciples asked Jesus, “Where will you have us prepare for you to eat the Passover” (Matt. 26:17-18)? Mark and Luke include similar accounts in their Gospels (Mark 14:12-16; Luke 22:7-13), leaving little doubt that the ensuing Lord’s Supper was a Passover meal.

But recently, scholars have begun to challenge the connection primarily on the basis of Johannine chronology. For example, Scot McKnight (Jesus and His Death), Robert Letham (The Lord’s Supper), and Jonathan Klawans (“Was Jesus’ Last Supper a Seder?”) all argue that the Lord’s Supper was not the Passover meal, but an ordinary Jewish meal imbued with spiritual significance, one day before the Passover. This is a significant debate, because it not only affects modern-day practice (e.g. Christian-Jewish interfaith Seder/Last Supper), but also our doctrine of Scripture (e.g. does John’s account contradict the Synoptic Gospels?).

Their arguments can be classified broadly as exegetical and historical.

John further dates the crucifixion to the “day of Preparation of the Passover” (John 19:14), that is, on the day before Passover (i.e. Thursday), which would mean that the Last Supper took place on the Wednesday night of Passion Week, full day before the official Passover meal.

Robert Letham argues that the Lord’s Supper is connected not to the Old Testament Passover, but to the covenant meal eaten by Moses, Aaron, Nadab, Abihu, and the seventy elders of Israel on Mount Sinai (Exod. 24:1-11). In this view, Moses’s sprinkling of the blood of the burnt offerings on the altar and on the people is what Jesus has in mind, when he says, “This is my blood of the new covenant.” (The Lord’s Supper, p. 5).

Historical Arguments against the Passover View
Moreover, if Christ instituted the Lord’s Supper during a Passover meal, which is an annual event, it is curious why the early church celebrated it on a daily or weekly basis (Acts 2:46-47).

And if the Last Supper was indeed during Passover, as the Synoptic Gospels indicate, then why is there no mention of the lamb, the main dish laden with pertinent symbolism? They seem to be eating only the bread and wine.

These are strong arguments, but the arguments for the Last Supper’s connection to the Passover are even stronger.

John 18:28 poses no greater difficulty. The Jews who led Jesus to Pilate for trial “did not enter the [Gentile] governor’s headquarters, so that they would not be defiled, but could eat the Passover.” The “Passover” here does not refer to the Passover meal, but to the Passover feast, which lasted seven days. The Jews, then, are saying that they would like to continue to partake in the feast.

Finally, John 13:1 does not prove that the Last Supper took place “before the Feast of the Passover.” The statement applies to the foot-washing, which immediately follows the statement, and not to the Last Supper. What about the part of the passage that says that Jesus “rose from supper” (John 13:4) to wash the disciples’ feet? Jews typically ate two meals during the day, one around 10 or 11 in the morning, and another in the late afternoon. On special occasions (like the Passover meal), the late afternoon meals lasted into the night, and therefore onto the next day (in Jewish understanding the day begins at sundown) (Matt. 26:20; Mark 14:17; John 13:30; cf. 1 Cor. 11:23) (Thomas Schreiner, The Lord’s Supper, p. 20). This means that supper began on Thursday, but lasted into Friday, when Passover officially began. Hence, Jesus could have risen from supper to wash his disciples’ feet before the official commencement of Passover.

The Lord’s Supper Was a Passover Meal
Scot McKnight insists that if it the Lord’s Supper was a Passover meal, it would have made more theological sense for Jesus to say, “this lamb is my body” as opposed to “this bread is my body,” but this argument overlooks three important facts: (1) the bread, which is readily broken, lends itself quite well to representing the broken body of Christ. (2) In fact, Jesus’s use of bread, rather than lamb, in the institution of the Lord’s Supper may explain the early church’s rationale in celebrating the Lord’s Supper more frequently. (3) There is a very good theological explanation for why the Gospels do not mention the paschal lamb, because the focus is on Jesus, who is the ultimate Paschal Lamb about to be sacrificed.

Moreover, regardless of whether or not the Lord’s Supper was a Passover meal, both the Synoptic Gospels and John’s Gospel agree that Christ fulfills the typology of the Passover lamb. “Christ, our Passover lamb, has been sacrificed” (1 Cor. 5:7), and this is what we remember and celebrate in the Lord’s Supper.

Communion Lord's Supper
The Lord’s Supper: Was It a Passover Meal? (1 of 4)2016-03-312018-09-29https://trinitycambridge.com/wp-content/uploads/2016/09/trinitylogo-01.pngTrinity Cambridge Churchhttps://trinitycambridge.com/wp-content/uploads/2016/03/pablo-2.png200px200px
About
Shawn Woo
Shawn lives in East Cambridge with his wife, Hanna, and his three daughters. He earned his B.A. in Classics and History from Williams College in Williamstown, MA, and his Master of Divinity from Gordon-Conwell Theological Seminary in South Hamilton, MA. Shawn served on the Pastoral Staff of King of Grace Church in Haverhill, MA from 2011-2015, and was sent out to start Trinity Cambridge Church. He is a board game enthusiast and a Boston sports fan. 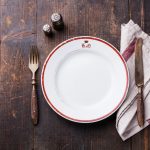 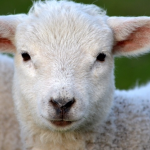